The Endangered Species Act at 46 Years 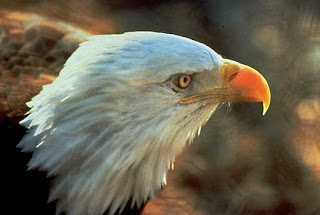 On December 28, 1973, the Endangered Species Act was signed into law by President Nixon. Some people may be surprised that it was Nixon who had outlined his environmental agenda to Congress the year before.


“This is the environmental awakening. It marks a new sensitivity of the American spirit
and a new maturity of American public life. It is working a revolution in values,
as a commitment to responsible partnership with nature replaces
cavalier assumptions that we can play God with our surroundings and survive.”

He specifically asked for a new Endangered Species Act (ESA) that would provide early identification and protection of threatened species, and treat hunting or capturing endangered species as a federal offense. In 1973, the House and Senate versions were combined. The Senate passed the bill unanimously, and the House by a vote of 355 to 4.

In the 46 years to follow, the law has helped prevent the extinction of our nation's wildlife, including a beloved symbol of America, the bald eagle. Over 95 percent of species listed under the Act are still with us today and hundreds are on the path to recovery, which is an astonishing success rate.

The Endangered Species Act also provides added benefits to people by maintaining healthy natural systems that provide us with clean air and water, food, medicines and other products that we all need to live healthy lives.

In 1973, We owe it to our children and grandchildren to be good stewards of the environment and leave behind a legacy of protecting endangered species and the special places they call home.

Today, the Endangered Species Act protects over 2,140 listed species. The US Fish and Wildlife Service and NOAA continue to develop new technologies and management approaches to ensure the ESA remains effective and that endangered species populations can rebound and their habitats can recover.

As much as I try to avoid politics in writing about endangered species and places in our state, I recognize that politics drives most of the protections or lack thereof atthe highest levels of implementation.

More on Protecting the ESA and Endangered Species